Egypt 201: A Deeper Dive into Egypt

Designed for experienced Egypt travelers, those who have already encountered the country’s well-known wonders (Egypt 101). Trip highlights include visits to the following: Saqqara necropolis, Bent and Red Pyramids, Siwa Oasis (including the site of Alexander the Great’s coronation and Roman tombs), Alexandria (including the catacombs of Kom el Shokafa and Bibliotheca Alexandrina), Giza’s Sphinx and Great Pyramid, and the newly opened Grand Egyptian Museum (largest archaeological museum in the world).

Welcome to Cairo. Your tour representative will be waiting for you at the airport to arrange the entry visa. Transfer to your hotel.
Check in & overnight in Cairo.

Today we shall start our tour in Egypt by visiting the Saqqara necropolis , but this visit will include special entries to some of the exclusive sites. We shall visit the beautiful Mastaba of Mereruka which is the largest and most elaborate of all the non-royal tombs in Saqqara. Mereruka served during the Sixth Dynasty of Egypt as one of Egypt's most powerful officials at a time when the influence of local state noblemen was increasing in wealth and power. Also we shall visit, Imhotep museum, and the Serapeum of Saqqara It was a burial place of Apis bulls, sacred bulls that were incarnations of the ancient Egyptian deity Ptah. A stop for Lunch. We shall continue the tour by visiting Dahshur where king Sneferu erected his 2 pyramids; the Bent pyramid & the Red pyramid. The Bent Pyramid was the first attempt to build a smooth sided pyramid, but due to the miscalculations the pyramid ended by its current bent shape. The Red Pyramid, its name is taken from the material that was used to construct the pyramid, which is the red limestone. Overnight in Cairo.
Meals included: Breakfast, Lunch, and Dinner.

Today we shall tour The Grand Egyptian Museum (the GEM). The GEM will be considered the largest archaeological museum in the world. It will house artifacts of ancient Egypt, including the complete Tutankhamun collection; many pieces will be displayed for the first time. The museum is sited on a plot of land of about 480,000 square metres (5,200,000 sq ft) approximately two kilometers from the Giza pyramid complex and is part of a new master plan for the Giza Plateau called Giza 2030. A stop for Lunch (on your own according to the options available – not Included). Overnight in Cairo. Meals included: Breakfast & Dinner

Day 4: ​​The Royal Palace and National Museum of Egyptian Civilization

Today we shall enjoy a special exclusive visit to the royal palace of Abdeen which was built as one of the official residences for the former ruling monarchy and royal family of Egypt. It is now one of the official residences and the principal workplace of the President of Egypt. The palace is considered one of the most sumptuous palaces in the world in terms of its adornments, paintings, and a large number of clocks scattered in the parlors and wings, most of which are decorated with pure gold. Built under the rule of Ismail Pasha, to become Egypt's official government headquarters instead of the citadel of Salah El Din. Lunch at Khan el Khalili Restaurant & Naguib Mahfouz Café operated by Oberoi.
Then we shall visit the National Museum of Egyptian Civilization (NMEC) which is a large museum in the ancient city of Fustat. On Apr 3, 2021 and in an awe-inspiring parade (watch The Pharaohs' Golden Parade video on YouTube); twenty-two mummified members of ancient Egyptian royalty were relocated from the Egyptian Museum in Tahrir Square to the NMEC. Overnight in Cairo.
Meals included: Breakfast & Lunch

This morning we check out of our hotel and head to Siwa Oasis located in the western desert 560 km (348 mi) from Cairo, but to break the distance today we shall stop on our way and spend the night at one of the beautiful hotels of the north coast overlooking the Mediterranean Sea. Dinner at the hotel & overnight. Meals included: Breakfast, box lunch, and dinner

Day 6: ​​Continuing our way to Siwa

Siwa Oasis is one of Egypt's most isolated settlements with about 33,000 people, mostly Berbers. Arrival to Siwa & visiting the old town called Siwa Shali. Check in your beautiful eco lodge hotel, which will be a totally different experience that you will enjoy in Egypt. Overnight in Siwa.
Meals included: breakfast, lunch, and dinner

This morning we will visit the roman tombs (a Roman-era necropolis featuring dozens of rock-cut tombs), the temple of Amun, the remains of the oracle temple the place of coronation for Alexander the Great, and the natural spring called Cleopatra's Bath. In the afternoon we shall enjoy the best Siwa Desert Safari and explore the Great Sand Sea by 4×4 vehicles, its experience that you will never forget. An included Bedouin dinner in a desert camp. Back to our hotel & overnight.
Meals included: breakfast, lunch, and dinner

Day 8: ​On Our Way to Alexandria

This morning, after breakfast, we check out of the hotel and begin our way to Alexandria. Between Siwa & Alexandria, we shall enjoy another night in the north coast.
Meals included: breakfast, lunch, and dinner

This morning, after breakfast, we check out of the hotel and continue our way to Alexandria.  On our way to Alexandria we shall visit Alamein Memorial (Commonwealth War Graves). The memorial commemorates 11,866 Commonwealth forces members who died during World War II. Also we shall visit Al-Alamein Military Museum which was founded on the 16th of December, 1956, when the late president Gamal Abd El-Nasser ordered its establishment to commemorate Egypt's fundamental role in one of the most important battles of World War II, Al-Alamein battle, which broke out between the allies and the Axis Powers in October 1942. After a stop for Lunch, we arrive ​at the beautiful city of Alexandria. Check in our hotel & overnight.
Meals included: breakfast and lunch

Today we visit the catacombs of Kom El Shokafa, one of a kind monument, and take an outer photo for Pompey’s Pillar, also we will visit the roman amphitheater. Then we visit the famous bibliotheca Alexandrina, a major library and cultural center on the shore of the Mediterranean Sea.  A stop for Lunch. Back to Hotel & overnight.
Meals included: breakfast and lunch

This morning, after breakfast, we check out of the hotel and begin our way to back to Cairo.  A nice drive for about 140 miles through the Sahara desert to Cairo. An included Lunch at Andria New Giza restaurant. Check in our hotel for the last 2 night in Cairo.
Meals included: breakfast and lunch

Today we shall tour the Pyramids of Giza and the Sphinx and enjoy private opening for The Great Pyramid, the only survivors of the Seven Wonders of the Ancient World. Back to our hotel.  Farwell Dinner & overnight.
Meals included:  breakfast and dinner

This morning, after breakfast, we check out of the hotel and transfer to the Cairo airport.
Meals included:  breakfast 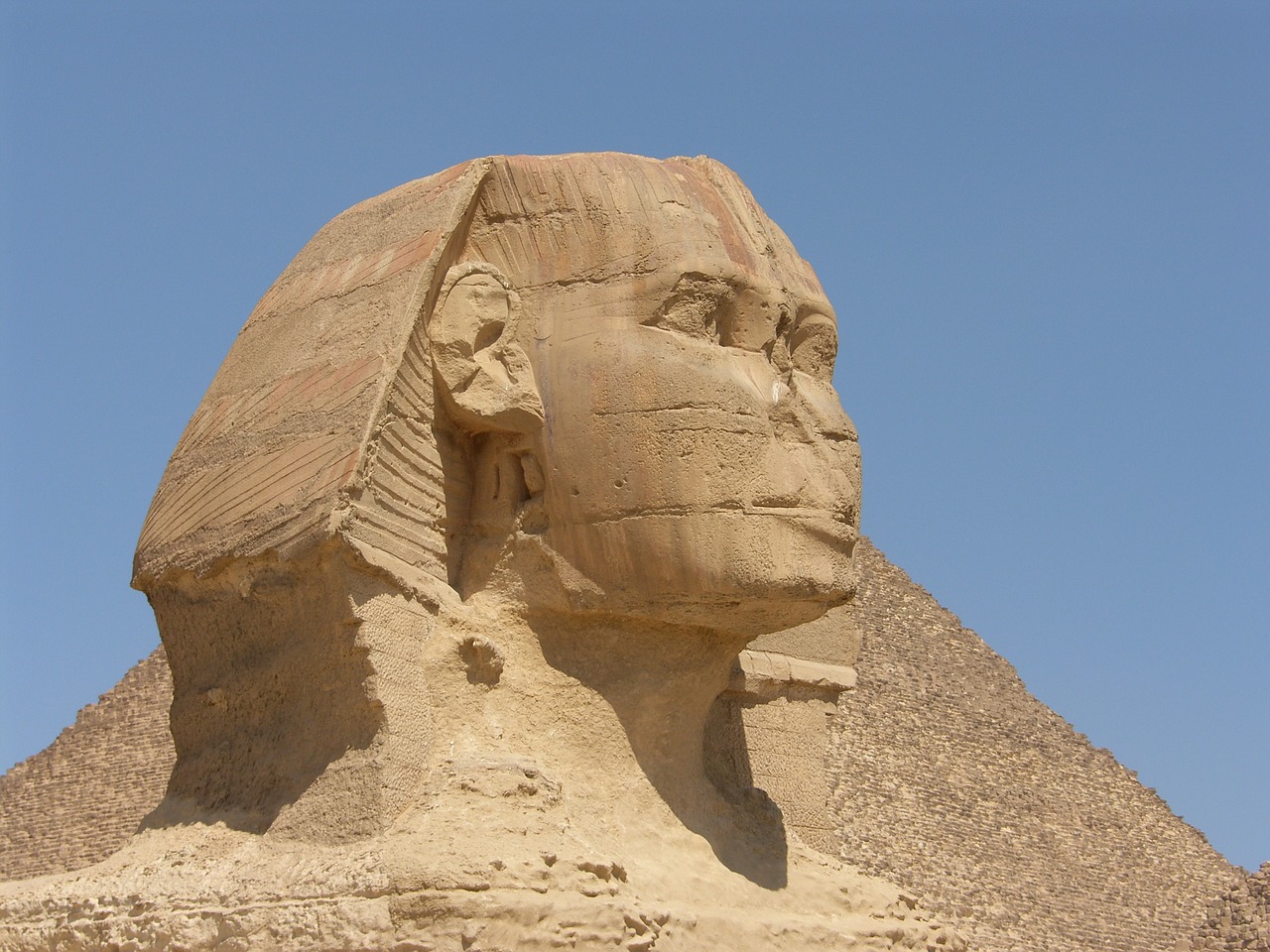 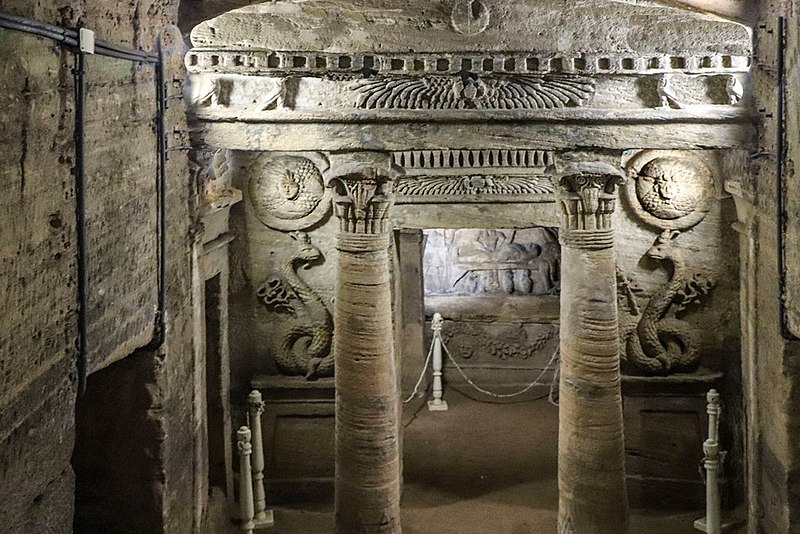 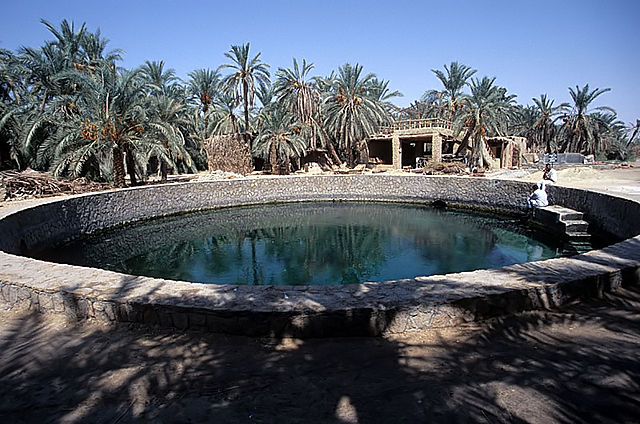 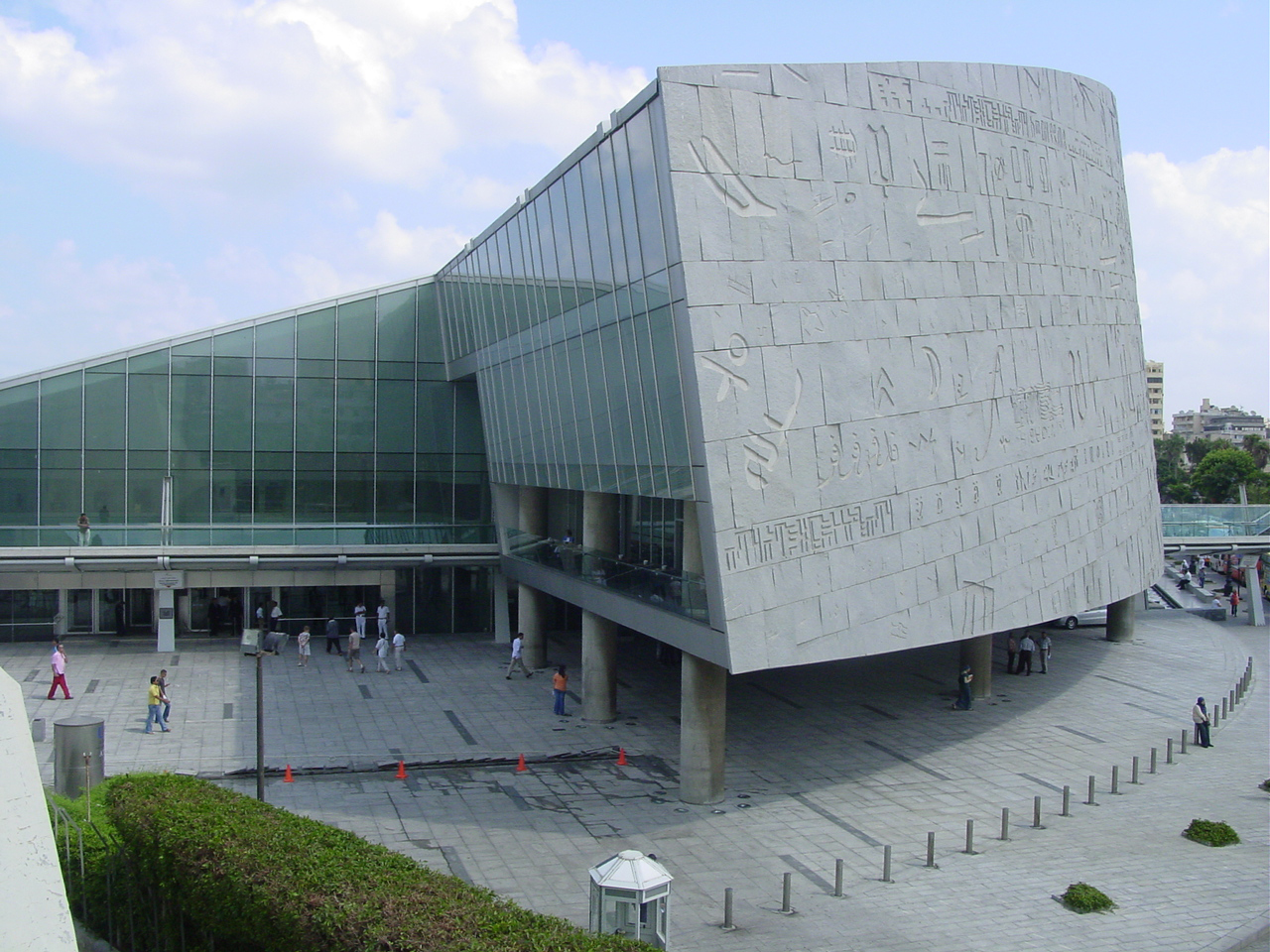